* In case of any delay in receiving the OTP, you may verify it later. Please proceed without verification.

Enter your City name or Pincode

Samastipur is a renowned town as well as municipality of the Bihar state in India. It also happens to be the headquarters of the Dist. Samastipur. Once upon a time the place was very well-known for its jute mills and sugar factories. The town also used to boast a railway factory located at the railway station of Samastipur. 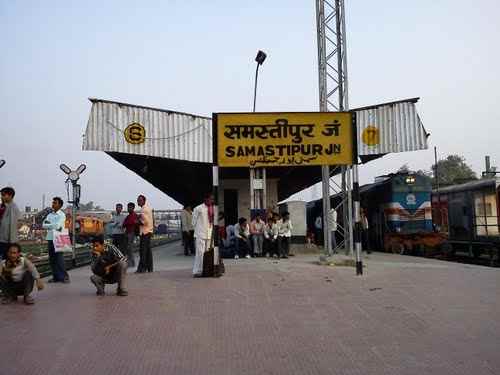 The district of Sasmastipur sprawls over a 2904 sq. km area. The district is surrounded by the River Bagmati in the north which keeps it apart from the district of Darbhanga. Samastipur is bounded by Vaishali and a little portion of the Dist. Muzaffarpur on west. In south the River Ganga surrounds it as well as in the east it comprises a minor portion of Khagaria Dist. and Begusarai.  The name of the most important rivers that flow through Samastipur are Baya, Burhi Gandak, Kamla, Budhi Gandak, Kareh, Kosi etc.

The history of Samastipur dates back to the Oinwar Dynasty which ruled from 1325 to 1525 AD. The Oinwaras were left untouched by Muslim conquerors who had conquered the entire Mithila. In the Rule of Oinwara there had been a great contribution and upliftment towards fine arts and learning. The court of Oinwaras is a well-known center for Sanskrit Belle’s philosophy and letters.

Some of the renowned scholars of that era were Sankara, Vidyapati, Gadadhara, Amartakara, Vachaspati, Amivkara and Vidyapati. The Oinwar Dynasty was founded by a resident of a village named Oini located near Pusa road in Darbhanga District.

When Torhut was divided into two parts by Hazi IIyas, the King of Oinwara transferred his capital to a village named Sugauna located in the Madhubani district. The northern portion went to the Oinwaras and the southern portion was governed by Hazi IIyas. Hazi Samsuddin IIyas of W.B. was the founder of Samastipur’s modern subdivision.

In the year 1990, September, Sri Lal Krishna Advani started a Rath Yatra towards Ayodhya in the favor of Ram Temple movement. At that time the chief minister of Bihar was Lalu Prasad and he gave an order to detain Advani Ji in Samastipur. He also ceased Advani Ji’s Rath Yatra at the Babri Masjid location in the year 1990, 23rd October.

In 1972 Samastipur became a full-fledged district when it was finally separated from the district of Darbhanga. Baseball was introduced to the sport lovers of Samastipur in the year 2014.

Samastipur is famous as the administrative centre for East Central Railways. There have been a number of small scale industries in past including one sugar factory which was located near the Magardahi Ghat which has been closed now. Apart from the small scale businesses agrarian and horticulture is also developing these days. These activities have been encouraged by the agricultural university located at Dholi and Pusa.

Samastipur boasts of a fertile land and hence it is rich in the field of agriculture. The main crops that are grown here are maize, wheat, tobacco and rice. Among fruits mango and leechi and cultivated in large quantities. In the Muktapur village of Samastipur there is one jute mill. The town has numerous sugar mills which contribute to the total sugar production of the entire Bihar State. The district of Samastipur is also renowned for the production of potatoes. The district owns above twenty cold storages for potato storage and the total storage capacity is 650000 quintals.

Samastipur boasts of a beautiful, simple and secular culture. The town has an age old tradition of Mithila paintings and folk songs. The locals sing folk songs and make beautiful paintings during important social events and festivals. Birthdays and weddings are also celebrated with great zeal and pomp. Folk dances like natua nach dom domin, Kathghorwa dance, jhijhia etc. are the various dance forms that are practiced here. The residents of the town also practice Dom Kach and Sama Chakeva as an old custom. Alu Chokha and Bhaat Daal is the staple food of the locals. Women wear salwar kurta or saris and men wear dhoti-kurta as daily wear. Maithili is the predominant language of Samastipur and Hindi is also used for official purposes.

Samastipur tourism offers its tourists a few notable attractions. Following are some of the top allures that one must visit during their stay at Samastipur:

Mannipur Temple
Mannipur Temple is situated near Jitwarpur which is just 2 kms away from the Samastipur’s district headquarters. Durga Maata is the main deity of this temple. The temple is flocked by thousands of Durga devotees during the Dusehra festival.

Khatushyam Temple
This pious temple is situated nearby Gola road in the town of Samastipur. Lord Krishna is the main deity of this temple. Every year a plethora of Krishna devotees visit the temple to celebrate the occasion of Janmashtami with great pomp and religious fervor.

Thaneswar Temple
Located at the heart of the town, the Thaneshwar temple is dedicated to the almighty Shiva. There are several other temples within the temple dedicated to different deities like Ganesha, Kali, Rama, Shani and Hanuman.

Vidyapati Dham
This is a tomb which is dedicated to the renowned poet Vidyapati.

Musrigharari
This place is situated at a distance of merely 8 kms from the town of Samastipur on the national highways 103 and 28. During the occasion of Durga Puja and Muharram this place is gathered by thousands of devotees for the grand celebrations.

Rajendra Agricultural University
This renowned university is located just 12 kilometers away from the town of Samastipur. The picturesque surroundings of this university also serve as a picnic spot for the locals as well as the tourists.

Khudeshwar Dham
This is another popular Shiva temple of this place. Khudeshwar Dham is situated at a distance of 16 kms form the town of Samastipur close to the Morwa Block. This place represents an exceptional example of the unity of Hindus and Muslims.

Khudno Bibi Majar
This place is located inside the Khudeshwar Dham temple at a distance of approximately three meters. The Majar also possesses a Shivling. Renovation work is going on inside the temple by the members of the local society. On the occasion of Mahashivratri, a large number of devotees from all over the Samastipur district come to visit this place to offer their prayers to the God.

Kali Temple
Located in the Hrail Village of District Samastipur, this popular Kali Temple lies in the Mohiuddin Nagar Block.

Bhagwati Temple
This famous temple is located in the Bhiraha Rosera village of Samastipur District.

Samastipur town is situated at a distance of 87 kms from Patna. The travel time is about 2-3 hours by road. The Patna Airport is the nearest airport from Samastipur which is located at a distance of 91 kms from the town. The Samastipur Junction is the main rail head of the town which links the place with the important cities of India. There are excellent bus services provided by the state which connect Samastipur to other nearby places in the Bihar State.

There are several luxury hotels within the town as well as in the Samastipur district. Below are the tops hotels of Samastipur which offer a comfortable stay to the travelers:

Comments / Discussion Board - About Samastipur